You hear of baby brain and pregnancy brain where you forget stuff normally you’d never forget and I am pretty forgetful normally so when our boy was born it was like someone sucked the rest of my memory out. But … END_OF_DOCUMENT_TOKEN_TO_BE_REPLACED 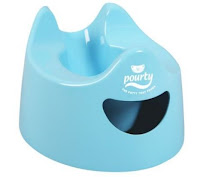 On my last blog post I was lazy with my style board because I spent a lot of time looking for underwear for my son so brought you poor sods some great pants that most boys will love and (hopefully) not want to soil them, I mean if you were Superman you’d not be happy if you were peed on by one of your fans and no boy wants to pee on their favourite character. But our issue has been that Petit Boy wants to pee standing up. Now if you have pants around your ankles then standing over the potty isn’t possible as what happens is the pants get in the way and just end up upsetting them or peeing on their much loved briefs. So I asked the lovely Nanny Fi over Stafford FM’s Parent Talk (Tuesdays 10am til 11am) and she pointed out that this is an great feat for my 2 year old to be doing and should go get a stool and let him use the toilet.

I’m a tad scared of this, although Alex does have his own bathroom so he basically has his very own toilet to use. I’ve grabbed our stool and shown him it against the toilet with the lid and seat up, hopefully he’ll give it a go. 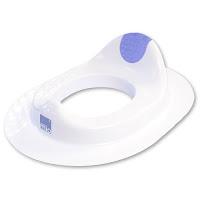 In the mean time pees have been in the potty during the morning and then later in the afternoon he seems to give up and just pee on the floor. I’ve been trying to stay positive but yesterday I asked him if he needed to use the potty and he told us he didn’t, but then moments later had a massive pee all over his colouring book and some of his wooden train tracks. I wanted to scream but didn’t really have the time as I just had to find the potty, catch some of it (which daddy did) and find something to wipe the massive puddle that was moving in to attack the rest of his train set.

So did you go for the toilet or did you go potty and then toilet? Or perhaps you use both?

The Baby Show at Birmingham NEC this year was brilliant, and to see so many more cloth nappy companies here compared to ExCeL was a positive thing for me, especially when I spoke to them and they all said how they got loads of interest so many thanks to The Baby Show and big cheer to all the brands who travelled far and wide to show their beautiful products off to the mums and mums-to-be*.

I had the chance to interview some of the companies today using the wonders of Audioboo to capture these. Check them all out if you haven’t already!

Thank you for those who suffered the wrath of Petit Boy who kept running around and even decided during the Pourty interview to lay flat on the floor in people’s way. Kids these days, right?!

*Dads were also around as were Grandmas but it is always down to what mummy thinks about a product, right girls? Mwahahaha!

You Can Get Free Gift Cards For Shopping, Searching and Discovering What's Online at Swagbucks.com